THE KUAILIAN ECOSYSTEM, BRINGING BLOCKCHAIN TECHNOLOGY TO THE WORLD

Share
10 years have passed since the birth of Bitcoin and the first use of Blockchain, a technology that has not stopped evolving, and it is no wonder. Blockchain has opened a huge world of opportunities for both large companies and individual users, not only for the development of new applications or improvements to computer systems but for the possibility of obtaining rewards through cryptocurrency mining, thus creating a market which is more competitive every day. In this sense, we see that individual users have gradually been left out of the “traditional” cryptocurrency mining market, and that is why today we want to introduce you to the Kuailian ecosystem. 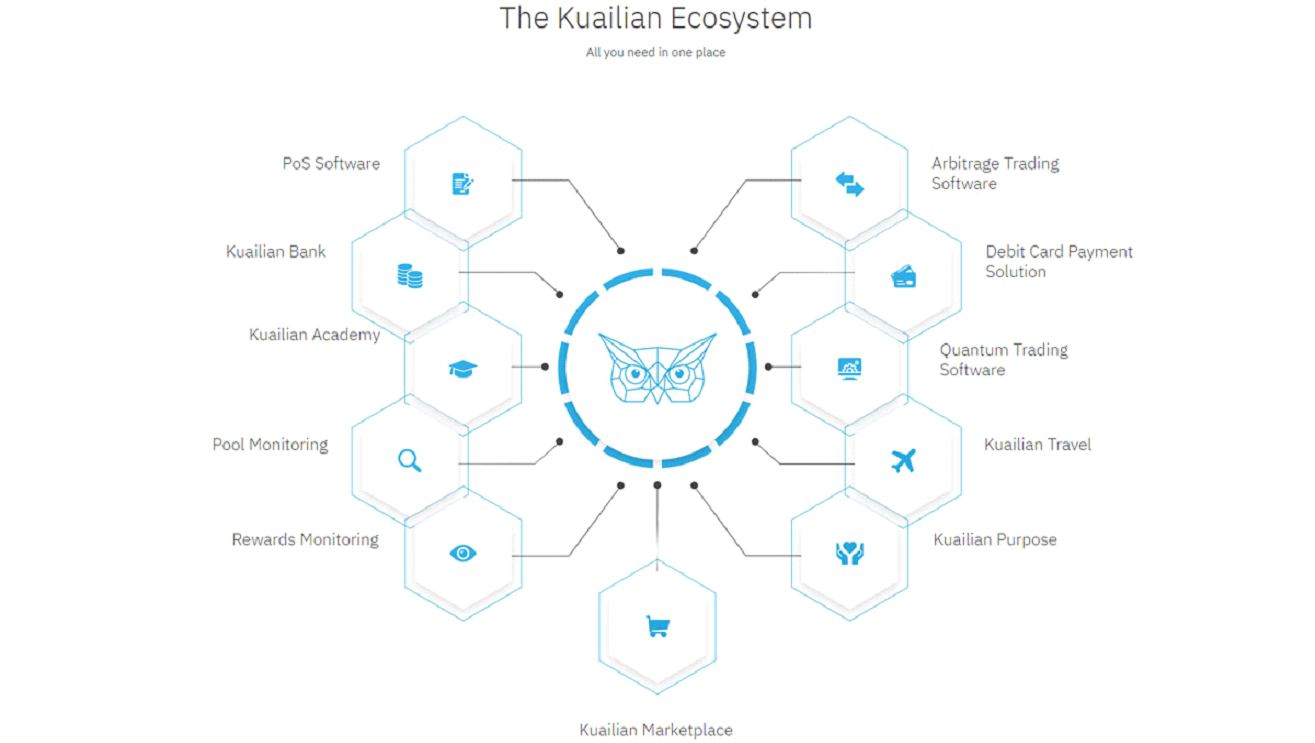 What is Kuailian?
Kuailian is a decentralized ecosystem that offers us tools to access the world of cryptocurrencies in a simple way (buying and exchanging cryptocurrencies at its crypto bank).
Registered in Estonia, one of the most advanced countries in the world as far as the blockchain is concerned, Kuailian brings market resources based on blockchain technology to all its users, taking over the management of all systems, thus allowing access to the different services without having to have great knowledge and large amounts of cryptocurrencies.
Main attributes of Kuailian
Certainly, it is very difficult to choose a single characteristic that can define an ecosystem like that of Kuailian, however, the honesty and transparency with which the company operates must be highlighted and indeed in an exceeding way, since thanks to blockchain technology itself, it allows us to consult the operations and movements of the company in real-time. By dedicating as much time as necessary, you can track all movements and operations and make sure that cryptocurrencies are working and generating results (remember that blockchain records are public and immutable).
Additionally, you can consult the legal records of the company in Estonia and the two licenses issued by the financial regulator of that country.
Operation of its Smart Pool and Proof of Stake technology

With the appearance of Bitcoin, Proof of Work or proof of work mining began, where it is necessary to have powerful computer equipment that becomes obsolete in a short time and, also, entail enormous energy expenditure by having them work tirelessly day after day. But not all cryptocurrencies use this validation system, in other cases the mining called Proof of Stake or proof of participation is used, where to validate operations you have to be in possession of a predetermined amount of cryptocurrency that works with this system. Under this premise, Kuailian helps us by creating large cryptocurrency exchanges that allow validating operations and generating rewards for it.
But technological evolution does not stop (and neither does Kuailian's evolution). The most modern and powerful networks use new consensus protocols. Many people already know that Kuailian works with Master Nodes, which in summary are validators of high-performance operations and one of the main products they work with, but today in Kuailian different consensus technologies are supported such as: PROOF OF STAKE, DELEGATED PROOF OF STAKE, THRESHOLDED PROOF OF STAKE, MASTERNODES, PROFIT SHARE, PROOF OF AGREEMENT, PROOF OF HISTORY, PROOF OF AUTHORITY, TENDERMIT, HIGHWAY, BYZANTINE FAULT TOLERANCE (BFT), NON-BFT, SHOW, MULTI-BFT BFT, ASYNCHRONOUS BFT - FUTURE CASPER AND OUROBOROS.
This is where Kuailian's ability emerges to make accessible to ordinary people something that would otherwise be… impossible. Both for the amount of cryptocurrencies necessary and for the knowledge required to deploy it. Thus, Kuailian uses a 1000-day long-term staking strategy and simple way staking (Stake / Unstake), which will be incorporated shortly. 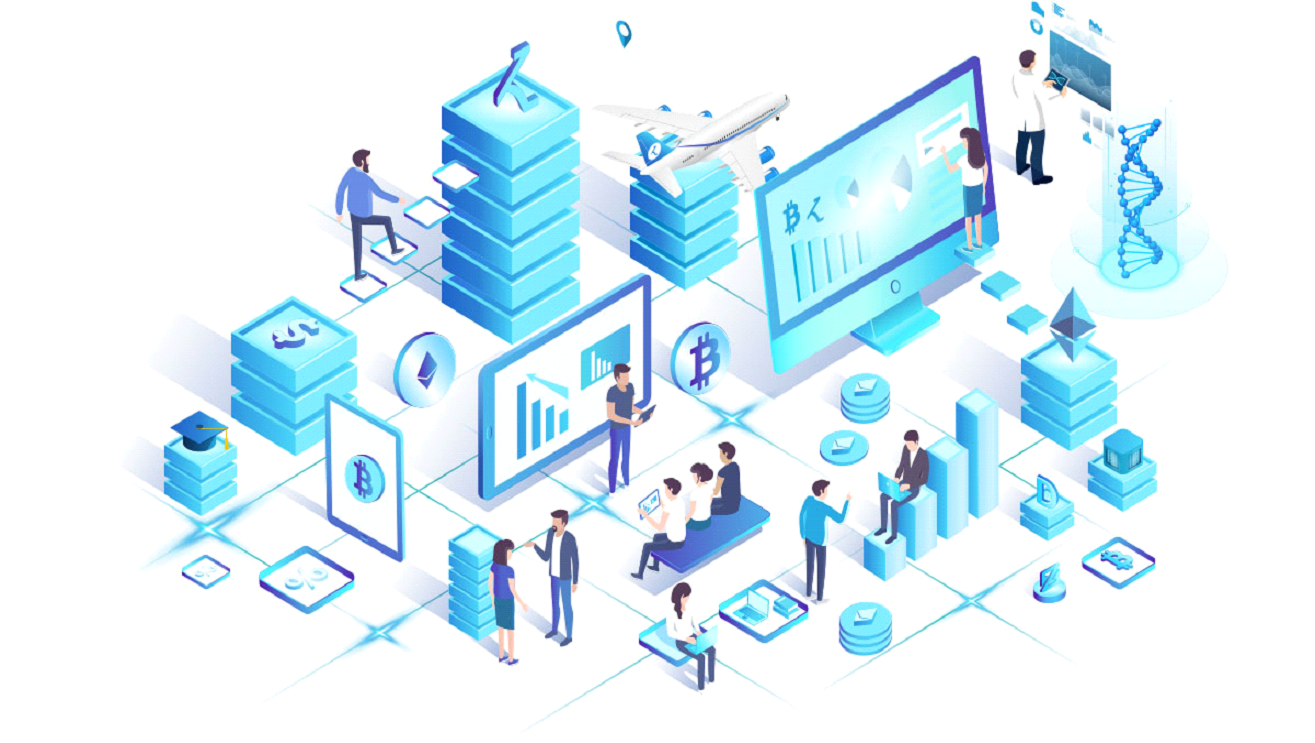 Automations in Kuailian
Kuailian has grouped and divided the Master Nodes, so that they are accessible to all, thus allowing access to part of the rewards generated by their Smart Pool.
Next, we explain how the -simple- entry process to Kuailian is.
1. Create a Kuailian account.
2. Complete the KYC (since we are talking about a company legally registered in the European Union) and pay the registration fee ($ 50.95 paid in Ether).
3. Buy the Kuais we want, at the price of $ 100 each (paid in Ether). A Kuai is not a token and it is not a cryptocurrency, it is the unit of measurement of the staking capacity of a license to operate the software, for 1,000 days. The more licenses, the higher returns.
4. Indicate the Ethereum wallet where we want to collect the daily distribution of benefits.
The usability of the Kuais should be noted. On the one hand, it is accessible to everyone due to its low cost, and, on the other hand, it manages to channel users' cryptocurrencies to the Smart Pool, that is, the system that Kuailian has developed for automated management of user cryptocurrencies and Master Nodes. Thus, it is achieved that each week new Master Nodes can be deployed through the new licenses acquired by both new and existing users.
All contributions are managed by a Machine Learning system, whose function is not only to assemble Master Nodes automatically but also analyzes the cryptocurrency market to determine that Master Nodes are the most profitable and with sufficient liquidity to be able to extract without problems the rewards generated and at the same time that the Master Nodes themselves can be liquidated, thus passing both the rewards and the Master Nodes to Bitcoin or Ethereum.
Last but not least, it should be noted that the benefits generated by user contributions are distributed daily and automatically directly to the user's wallet. A great advantage since we usually have to deal with interfaces that require a minimum amount of withdrawal, delays when making payments manually or even depend on authorization to, in the end, have your own money. Kuailian in its clear commitment to transparency, offers an automated dispersion system developed on the Ethereum network or commonly called the Dispersion Smart Contract, whose function is to distribute daily and without the possibility of cheating or errors, the benefits among users and most importantly, everything visible through the Ethereum blockchain.
Extra: Both the Smart Pool and Kuailian Bank and the rest of the services have an affiliation system, by which each referral who becomes a user of Kuailian, will generate profits for the one who was its host.
Kuailian Bank and the next innovations
In its quest to create a complete ecosystem, Kuailian can provide financial services given its licenses and its collaboration with different partners in the sector. It currently has a cryptocurrency exchange service with “FIAT” currencies, but they are planning to add their own wallet, debit card, digital payment terminals, among other financial services.
Additionally, the Smart Pool does not stop evolving and new options are being developed, such as high-frequency trading (HFT) or arbitration systems; all managed by the same Machine Learning system that governs the ecosystem.
A growing ecosystem
Kuailian is not just a financial ecosystem, it goes much further, just like blockchain technology does. Kuailian's main objective is to bring existing market resources based on blockchain technology closer together, to make them more efficient, more transparent and with a user experience never seen before, thanks to the blockchain technology. Very soon it will be incorporated into the Kuailian Travel system, a service outside the “financial” sector but that will undoubtedly mark a before and after in the travel market, making Kuailian a benchmark in the blockchain world.
Conclusion
If you are looking for a company that makes your entry into the world of blockchain and cryptocurrencies more accessible and close ... Kuailian is your best ally.
Official links
⦁ Web: https://kuailiandp.com/
⦁ Instagram Official: https://www.instagram.com/kuailiandpofficial/
⦁ Formal member of the Enterprise Ethereum Alliance: https://entethalliance.org/members/#k

BTC Surf expands its exclusive offer for its communityIf you have been in the world of cryptocurrencies for a long time, you should have experienced t..

Earning $4 for 100 visitators to your referral link is now possible &amp; I will show you how.This website pays since 2013 it's affiliates.BestChange...